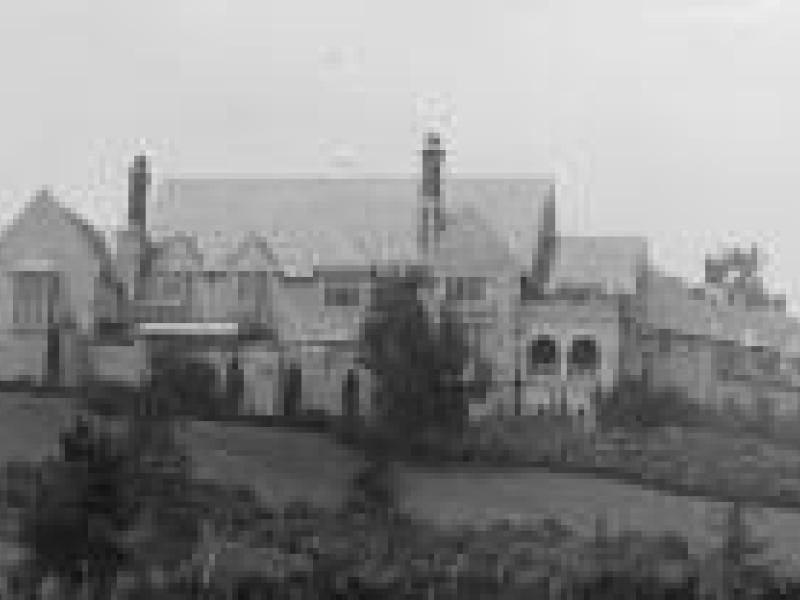 Friends of Greystone's archive mission is to collect, preserve and exhibit material that documents the history of the Doheny Greystone Estate and the Doheny family. Materials in our collection consist of a rich and expanding historic photo archive of the property, family and The Knoll, the subsequent home of Lucy Doheny Battson. The archive collection also includes family portraits, magazine articles, maps, books, and personal family artifacts. The Doheny Greystone Estate has been listed on the National Register of Historic Places since 1976, the land on which Greystone was built was a wedding gift to his son from oil baron Edward L. Doheny, Sr., the first man to discover oil in Los Angeles. The mansion is most notable for its famous family, architect Gordon Kaufmann and its association to the USC Doheny Library as well as the Doheny Mansion at Mount St. Mary's College in Los Angeles. Founded in 2001 and comprised solely of volunteers, the Friends of Greystone is a non-profit organization whose mission is to raise funds to restore, preserve and protect Doheny Greystone Estate, owned by the City of Beverly Hills and considered to be among California's most luxurious residences south of Hearst Castle. Included in our goals is to provide educational programs to students, residents of Beverly Hills, and the general public.

Click here to see a virtual tour of Doheny Greystone Estate and Mansion, filmed and produced by Luxury View Media.

The Doheny Greystone Estate is situated on 18.3 acres, the property is magnificent in beauty and rich in California history. Doheny Greystone Mansion was designed by the renowned Southern California architect Gordon B. Kaufmann and the landscape architect was Paul G. Thiene. The City of Beverly Hills purchased the property in 1965 and in 1971 the entire property, including its centerpiece Doheny Greystone Mansion, was formally dedicated as a public park. Built in 1927, there are fifty-five livable rooms within the mansion's 46,054 square feet, the Doheny family moved into the residence in September of 1928. The entire estate took over three years to complete at a cost of $3,166,578.12, the mansion alone cost $1,238,378.76. The mansion and the grounds are often used in filmmaking and television production, the house's descending staircase is one of the most famous sets in Hollywood.